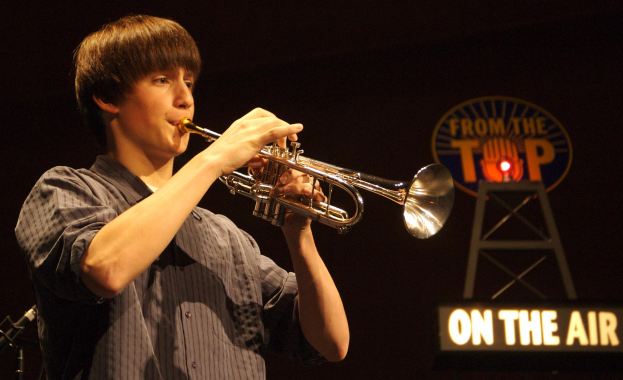 Our June 2009 Young Artist Award recipient is Ansel Norris, a rising senior at East High School in Madison, Wisconsin. Ansel was nominated by his private teacher, John Aley, professor of trumpet at the University of Wisconsin.

In 2006, the Capital Sound Drum and Bugle Corps selected Ansel as “Rookie of the Year.” He received honorable mention in the 2007 Wisconsin Youth Symphony Orchestra Concerto Competition and the 2008 Wisconsin Chamber Orchestra Concerto Competition. During his junior year, he received an Emerson Award, a full-tuition scholarship to attend the Interlochen National Music Camp, and went on to play principal trumpet with the Interlochen Philharmonia Orchestra.

In November 2008, Ansel was a recipient of the Jack Cooke Young Artist Award “From the Top,” which is a non-profit organization that celebrates the passion, dedication, and personal stories of the nation’s outstanding young classical musicians. As part of this honor, he was featured on National Public Radio performing Arban’s Carnival of Venice.

This past February, Ansel performed the Tomasi Concerto with the Madison Symphony Orchestra on a Wisconsin Public Television program as one of four Bolz Young Artist Competition finalists. This year he will continue as principal trumpet with the Wisconsin Youth Symphony Orchestra and in the Winds of Wisconsin, a premier high school youth wind ensemble. At East Madison High, Ansel performs in the Wind Sinfonietta and the jazz ensemble under the direction of Scott Eckel. In March of 2009 Ansel participated in the high school solo division of the National Trumpet Competition.

Ansel’s parents, Tim Norris and Katherine Esposito, are very supportive of his musical activities, and he is very proud of his older brother Alexander, a violin performance major at the University of Wisconsin-Madison. Apart from his busy music schedule, Ansel enjoys creative writing.

Ansel plans to major in trumpet performance and has an exciting audition trail ahead of him. As the June 2009 recipient of the Young Artist Award, Ansel will receive a one-year complimentary membership in ITG. 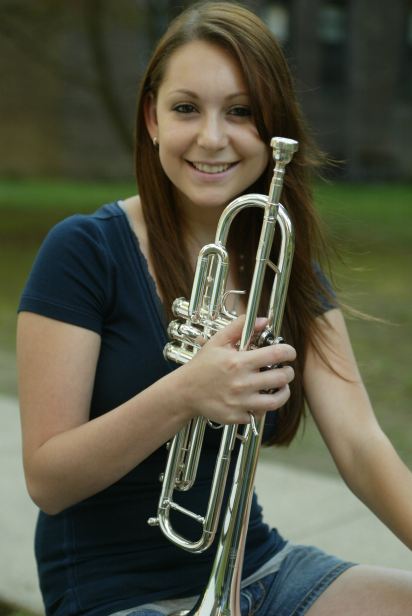 Our March 2009 Young Artist Award recipient is Kyla Moscovich, a junior at Sleepy Hollow High School in Sleepy Hollow, New York. She is also a fifth-year classical student in the Manhattan School of Music’s pre-college division studying with Vincent Penzarella.

No stranger to the youth competitions, Kyla was the winner of the 2006 National Trumpet Competition Middle School Division, and placed third and second in the ITG Youth Competition Junior Division in 2006 and 2007, respectively.

Kyla was a featured soloist at the age of ten in Musical Baby, the Mattel Fisher-Price educational video in 2003, and hasn’t stopped since. Kyla performs as a member of the Manhattan School’s Pre-College Big Band and Jazz Combo as well as the renowned New York Youth Symphony’s Jazz Band Classic, experiencing collaborations with Marvin Stamm, Ray Vega, Todd Coolman, Mike Holober, Ralph Lalama, Joe Lovano, and special mentor Jon Faddis. An early career highlight in 2006 was an invitation by Faddis to sit in with him at the Jazz Standard Club in New York City where she met an eager fan awaiting his own performance that evening, Tony Bennett!

This past summer Kyla attended the Skidmore Jazz Institute where she had the opportunity to study with Bobby Shew. She returned later in the summer to the Skidmore Campus to attend the New York State School

for the Arts School of Orchestral Studies, performing as principal trumpet in the Symphony Orchestra under the baton of Maestro Luis Biava.

Kyla is currently participating in the Sleepy Hollow High School Wind and Jazz Bands under the direction of Micah Sprague. In addition to her busy musical life, Kyla enjoys volunteering her afternoons at school tutoring students in English as a second language. At this juncture Kyla would like to pursue a career in music performance and education. We wish her much success on the audition trail and beyond. 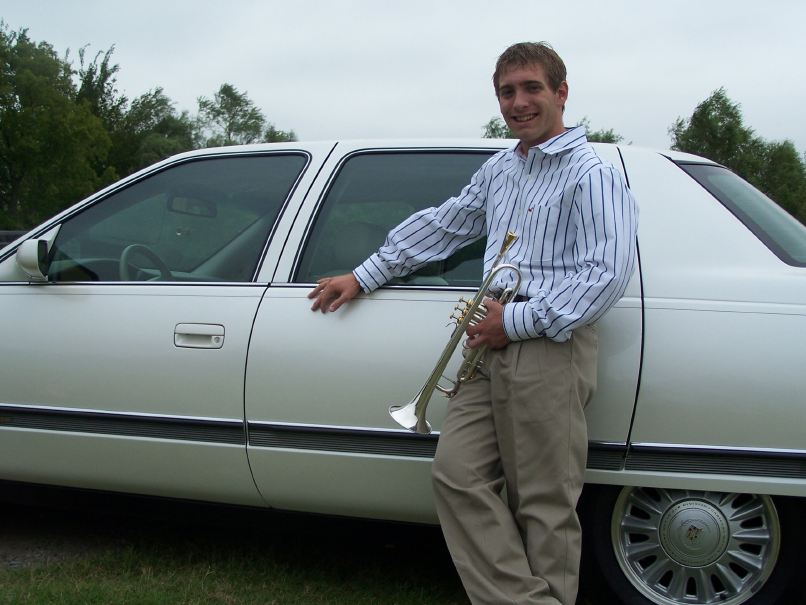 Our January 2009 Young Artist Award recipient is Cory Johnson, a junior at Mustang High School in Mustang, Oklahoma. Cory’s teacher, James Klages, professor of trumpet at the University of Central Oklahoma, recommended Cory for the award. ITG members may recall that Cory was the winner of the 2008 ITG Senior Youth Competition held in Banff, Canada. He performed the first movement of the Hummel Concerto and Broughton’s Oliver’s Birthday, both from memory. His performance was secure and very musical, but he commented later, “During the whole day before and after the competition I was really nervous. I felt confident about my performance but after hearing everyone else play I wondered if I had even placed. When Mr. Irish called my name as the winner at the banquet, I went numb all over. It was an amazing experience.”

In 2007 and 2008, Cory has participated in, and won the Oklahoma Music Olympics Carver Competitions, sponsored by the Oklahoma City Orchestra League. Contestants must play two contrasting works from memory. Cory played the Goedicke Concert Etude and the second movement of the Haydn Concerto in 2007, and the first movement of the Hummel Concerto and the Berdiev Humoresque in 2008.

Last year, as a sophomore, Cory was selected as overall first chair in the Oklahoma All-State auditions, and chose to participate in the orchestra, which gave him the chance to perform Bernstein’s Overture to Candide.

Cory says that Maynard Ferguson is his all-time trumpet hero. When Mr. Ferguson passed away a couple of years ago, his Cadillac was put up for sale on eBay. Cory’s dad Tony made the winning bid, and Cory is pictured here with his very special set of wheels. 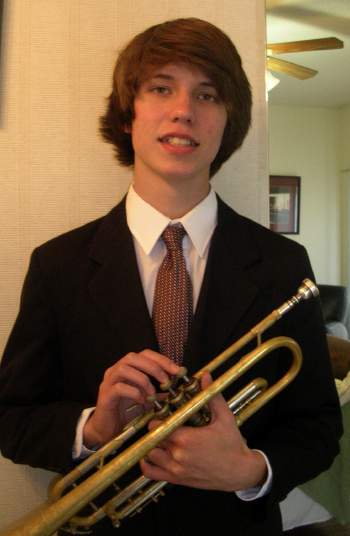