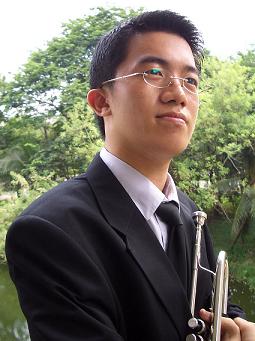 Alongorn is actively involved in his school ensembles, including the jazz band, wind ensembles, wind camarata, and brass quintet. Recently, he was selected to participate in the 2005 Southeast Asian Wind Ensemble. He was awarded an ITG scholarship to attend the 2005 ITG Conference in Bangkok, Thailand. Alongorn was also a finalist for the 2005 ITG Youth Competition. In 2004, he was a member of the "MU-TE" Trumpet Quintet, which advanced to the finals of the Asian Symphonic Band Competition-Wind Ensemble Division. In June of 2006, Alongorn will enter the undergraduate program at Mahidol University in trumpet performance.

In recognition of his outstanding talent, ITG will provide Alongorn Laosaichua with a complimentary one-year membership. 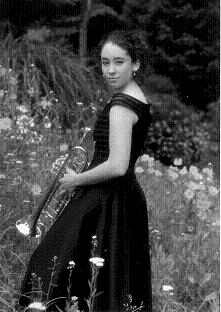 Jessica Lordi is a high school senior at Greater Latrobe Senior High School in Latrobe, Pennsylvania. Her early interest in music began with piano lessons for several years before she changed to the trumpet in fourth grade. Currently, she studies with Kevin Eisensmith of Indiana University of Pennsylvania.

Jessica received a scholarship from ITG to attend the 2005 conference in Bangkok, Thailand, where she placed first in the Youth Solo Competition. She was a semi-finalist at the 2005 National Trumpet Competition and Pennsylvania State Representative, Senior High Brass, for the Music Teacher's National Association competition, receiving an honorable mention at the Eastern Division. She has performed in county and district bands as well as the Indiana University of Pennsylvania Senior High Honors Band. In November of 2005, Jessica was awarded first place in the brass division competition at the Pennsylvania Music Teachers National Association (MTNA) Conference held at Penn State University.

Jessica performs with the Westmoreland Youth Symphony Orchestra as principal trumpet and was selected as winner of the concerto competition in 2004. Her solo performance with the orchestra was Orlando Gibbons' Suite for Trumpet and Strings.

She also performs and solos with the Three Rivers Young Peoples Orchestra in Pittsburgh, Pennsylvania.

Active in her community and school music programs, Jessica performs in the school jazz and concert bands. As a volunteer, she performs at her church, nursing homes, the Salvation Army and at various community and school functions. She is a third year member of the Tri-M Music Honor Society.

ITG is proud to announce that Daniel Watson, a freshman at Patrick Henry College in Purcell, Virginia, is the January 2006 recipient of the Young Artist Award. Daniel is majoring in political science. Originally from Fort Worth, Texas, Watson began learning the trumpet at the age of eight (as a refuge from piano lessons). It was soon apparent to his father (his first trumpet teacher) that he had a great deal of natural talent.

In 1997, at the age of ten, Daniel won his first competition. Later he became principal trumpet in the Greater Fort Worth Junior Youth Orchestra, winning a concerto contest in 2001. As a freshman in 2002, he won second place in the Winds Division of the Juanita Miller State Youth Competition, sponsored by the Texas Association for Symphonic Orchestras. He also played in the Youth Orchestra of Greater Fort Worth. He attended and competed in the Youth Competition of the International Trumpet Guild held at Texas Christian University in 2003. Daniel has made All Region, All Area, and the Texas 5A All State Band.

Daniel and his parents attribute his success as a player to the efforts of his teacher since 1999, Mr. Adam Gordon of the Fort Worth Symphony. "Mr. Gordon has the rare combination of a virtuoso performer and a gifted teacher and communicator. He takes a genuine interest in his students."

In recognition of his outstanding talent, ITG will provide Daniel Watson with a complimentary one-year membership. 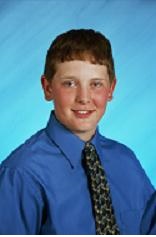 Andy Cresap of Minot, North Dakota, began playing the trumpet in fourth grade. His trumpet instructor is Gary Stenehjem and Andy credits him as one of the main contributors to his success. For six years, Andy also has attended the International Music Camp where he studied with instructors such as Matt Mealy, Del Lyren, and Steve Wright.

Currently a senior at Minot High School, Andy participated in the North Dakota High School All State Jazz ensemble in 2003, and as principal trumpet in the North Dakota High School All State Orchestra in 2004 and 2005. He had the honor of being selected for the first and second annual Hershey's All American High School Honor Band in 2004 and 2005. Other awards have included the Outstanding Performer in the State Solo Competition in 2004 and 2005, the National Band Association Outstanding Jazz Student award, and the National Band Association Outstanding Musician award. Andy performs in many groups during the school year, including the Minot High Concert Band, Minot High Jazz Ensemble, the Brass Band of Minot, the Minot State University Summer Theatre Pit Orchestra, and the Minot Community Band. 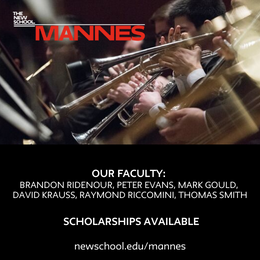