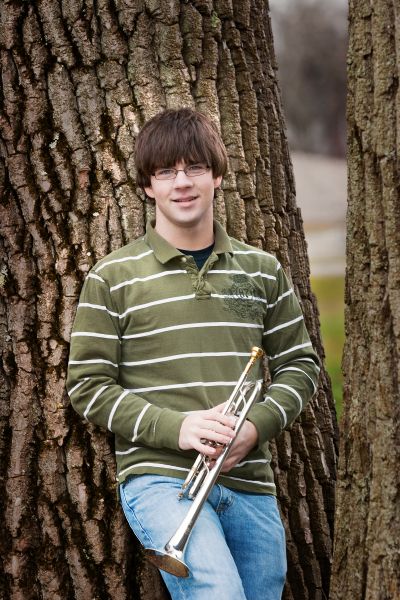 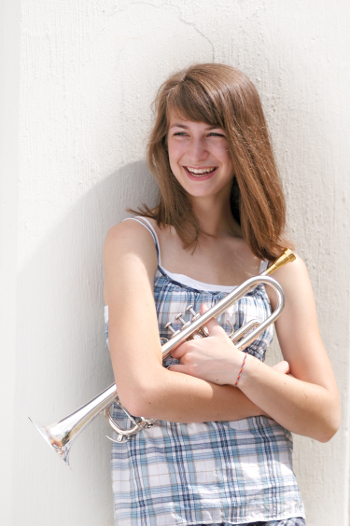 Congratulations to our March 2011 Young Artist award recipient, Leah Reber from Rosemount, Minnesota. Leah is a senior at Rosemount High School where she performs as a soloist and section leader in the wind and jazz ensembles as well as the award-winning RHS Marching Band under the direction of Steve Olsen. Mr. Olsen states, “Leah is a remarkable, musically expressive and confident leader, and an outstanding young lady with great depth of character.

In addition to her many accomplishments with the RHS music program, Leah has been selected twice for the Minnesota All-State Band and participated in the University of Minnesota, Concordia College, St. Olaf College, and the Minnesota Band Directors Association Honor Bands. Throughout her high school career Leah has earned 16 superior ratings for solo, duet, and mixed ensemble performances and the annual Minnesota Solo and Ensemble Contests.

During the summer of 2008 Leah had the opportunity to participate in the Minnesota Trumpet Clinic working with MSO Trumpeters Robert Dorer and Charles Lazarus. In 2009 Leah attended the Lincoln Center Jazz Orchestra Clinic, St. Olaf’s Music Camp, and the Minnesota Trumpet Academy working with Steve Kreisel, Paul Stodolka, and Kelly Rosum. In July of 2010 Leah participated in the Boston University Tanglewood Institute workshop studying with Terry Everson.

Aside from her numerous musical activities Leah is a member of the National Honor Society and Spanish Honor Society, volunteers to feed the hungry in her community, and has even worked at the Minnesota State Fair and as an assistant to a tax preparation firm in Rosemount. Amazingly Leah is also a dedicated skater leading her to pass the US Figure Skating Association’s Juvenile Free Skate test in 2008 as well as the Novice test in Field Moves in 2009.

Currently Leah studies privately with Takako Senn and David Baldwin, and plans a career path in music performance. Best wishes for success on the audition trail. Leah will receive a one-year complimentary membership in ITG. 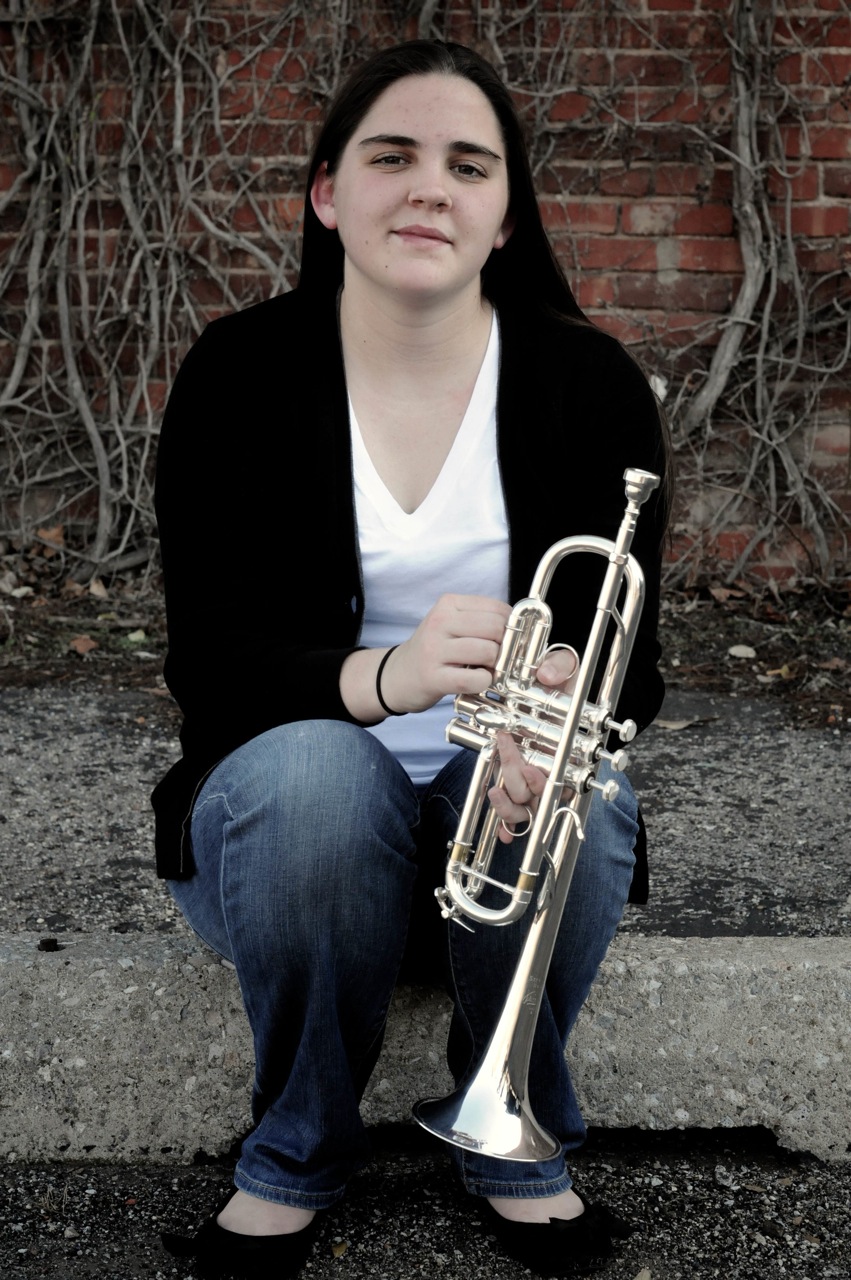 Congratulations to our January 2011 Young Artist Award winner, Brittney Self from Norman, Oklahoma. Brittney is a recent graduate of Norman North High School where she performed in the wind ensemble, jazz band, symphonic orchestra, and marching band under the direction of Trent Davis, David Davisson, and Brenda Wagner. During her high school years, she was also a member of the Oklahoma Youth Orchestra, and this past year was invited to play principal trumpet in the annual “Side by Side” concert with the Oklahoma City Philharmonic seated next to principal trumpet Karl Sievers.

Brittney participated in the Oklahoma All-State Jazz and Concert Bands and Or chestra and performed all four years at the state solo and ensemble contest, receiving superior ratings every year. During her senior year Brittney was selected to participate in Macy’s Great American Marching Band in their annual Thanksgiving Day Parade in New York City. The capstone of Brittney’s 2010 year was acceptance and performing as a semi-finalist at the National Trumpet Competition in Fairfax, Virginia.

Currently a freshman performance major at Oklahoma University, Brittney is a member of the marching and symphony bands and the university trumpet ensemble. Her career goals include studio teaching and a desire to perform with an or ch estra or military band. She would like to thank her parents Dennis and Gaynell Self for their unwavering support of her musical goals.

Karl Sievers, professor of trumpet at Oklahoma University, nominated Brittney stating she is dedicated, hardworking, and expressive while possessing a true love for the art of trumpet playing. Brittney will receive a one-year complimentary membership in ITG. Congratulations! 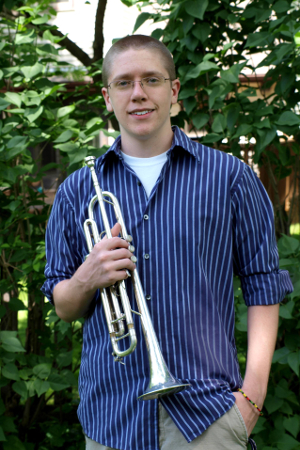 Our October 2010 Young Artist Award is presented to Adam Keefe, hailing from Olathe, Kansas, where he has been a private student of Phil Holmes, Director of Bands at Pioneer Trail Middle School. Adam is a recent graduate of Olathe East High School, having performed as principal trumpet in the concert, jazz and marching bands guided by Eric Griffin. Adam states emphatically that Mr. Griffin has greatly influenced his career decision to major in music education.

Adam’s musical career began with piano lessons at an early age, which led to a fascination with a variety of instruments, exploring guitar, bass, harmonica, percussion, trombone, and even the didgeridoo before he began to focus on the trumpet in middle school.

Throughout high school Adam participated in the Kansas Music Educator’s Association Solo and Ensemble Festivals and earned ten first division ratings. Adam was selected for the KMEA Northeast District Honor Band in 2007 and 2008, the State Honor Band in 2009 and the State Jazz Band in 2010. The capstone of his high school band career was a concert as principal trumpet performing Cloudburst with guest conductor/composer Eric Whitacre at Avery Fischer Hall in Lincoln Center, New York City.

Adam performs regularly at his church, gives trumpet lessons, and volunteers for the pit orchestra at the Gardner Community Theater. Adam notes that he is rarely found without his mp3 player and listens to all kinds of music—pop, classical, and jazz—constantly gathering friends to jam and enjoy in the artistry of others while sharing his love of music.

As of press time Adam has been accepted as a music education major at Kansas State University where he will study trumpet with Gary Mortenson. He plans to take a full load of classes and be an active participant in the KSU band, jazz, and brass chamber music programs. ITG congratulates Adam Keefe and wishes him a successful path to become a future music educator. Adam will receive a one-year complimentary membership in ITG.

Parents Brad and Eden Keefe as well as younger sister Alli have strongly supported Adam’s fascination with music and are very proud of his accomplishments and career path. 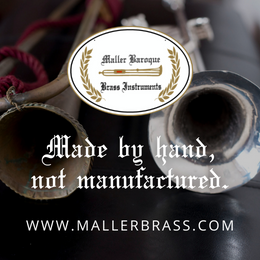