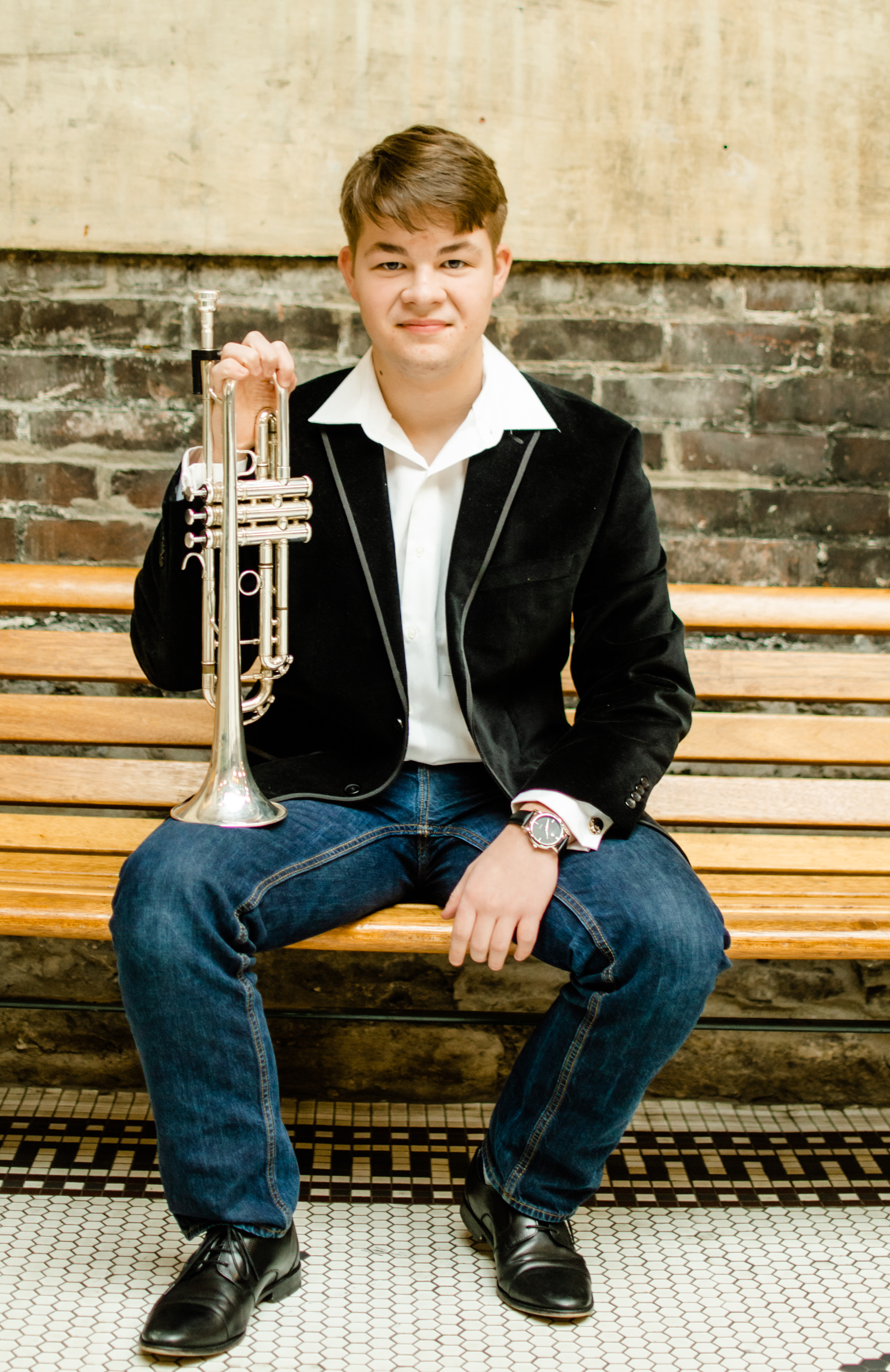 This issue’s featured young artist award winner is Gabriel Curtis, a sixteen-year-old trumpeter who attends Lafayette High School in Lexington, Kentucky and studies privately with Scott Heersche. Gabriel is actively involved in his school’s music program, performing in the marching band, jazz band and in Lafayette's top performance band, wind symphony. He also fulfills leadership roles in those ensembles by acting as section leader of the marching band trumpets and principal trumpet in the wind symphony. Outside of school, Gabriel performs in the Central Kentucky Youth Symphony Orchestra and also seeks out playing opportunities such as competing in the youth ensemble division of the 2019 National Trumpet Competition. He also enjoys playing the piano, which he began at age 8. During the summer of 2019, he studied and performed at the Interlochen Arts Camp in Michigan, working with Vince DiMartino, John Aley, Rex Richardson and Ken Larson.

While only a sophomore in high school, Gabriel is confident that he wants to pursue music at the college level as a music major studying either music education, music performance or both. He credits a lot of his success and happiness with music to his mother, Tiffaney Lavoie, a former choir director who first introduced him to music through piano lessons and who encouraged him to pick up the trumpet when he was 10 years old. A moment of pride for him was when he received the Director’s Award from his middle school band director, Lois Wiggins of Edythe Jones Hayes Middle School. This award is given to a graduating 8th grader who embodies the spirit of a musician through leadership and love of the art. Speaking of Gabriel, Ms. Wiggins says, “He is a fantastic young musician, one of the best I have had the pleasure of working with.”

Two major trumpet influences for Gabriel are Wynton Marsalis and Arturo Sandoval. He also loves the band Chicago, in particular because of their brass section. While music is his passion, he also loves movies, cinema trivia and pop culture, in particular that of the 1980s. Gabriel hopes to utilize his passion for music by investing in future generations as a high school band director one day. Congratulations Gabriel! 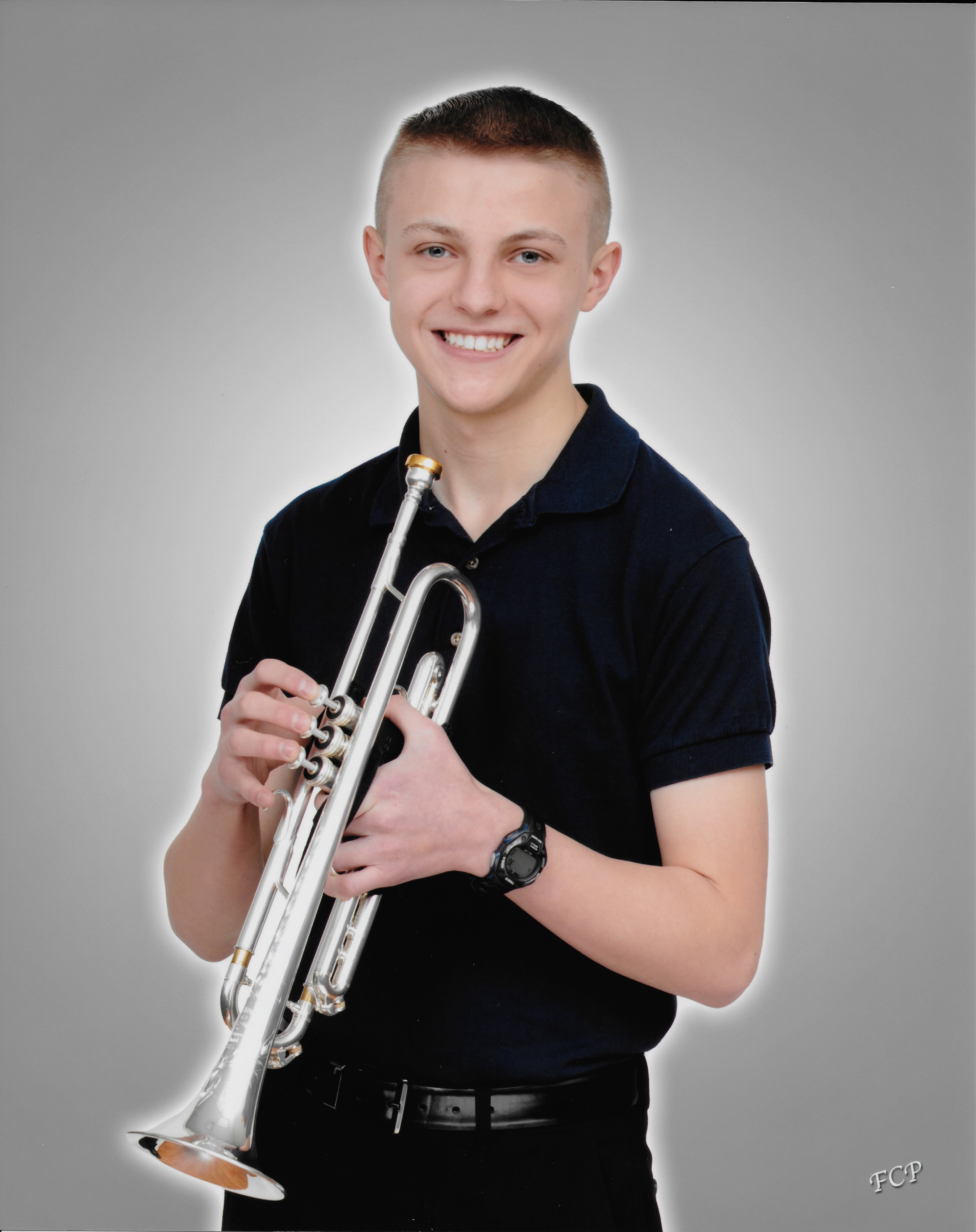 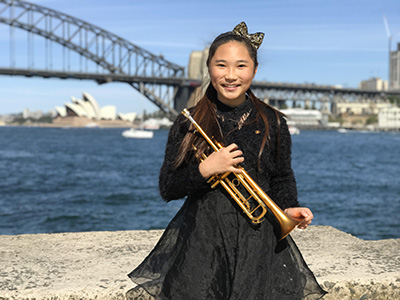 Jade Park is an eleven-year-old trumpet performer from Australia. The past year has been full of exciting musical opportunities and accolades for Park. She was awarded the first prize and exceptional young talent prize at the Grand Prize Virtuoso Competition in Rome, Italy, and was awarded a full music scholarship to attend the MLC school in Sydney. Additionally, she was awarded an ITG Conference Scholarship, as well as being a finalist for the 2019 ITG Youth Competition in Miami, Florida, USA. She has performed in multiple masterclasses and won first prize in the brass solo category at the Sydney, Ryded, Bathurst, Penrith, Orange, and Northern Beaches Eisteddfod competitions.

In addition to her very active musical schedule, she has also won first place in multiple years at the New South Wales Taekwondo State Championships and a Gold Medal at the National Taekwondo Championships. She was recommended for the ITG Young Artist Award by Brian Evans, Opera Australia Orchestra, past president of the ITG, and president of the Australian Trumpet Guild. As the January 2020 Young Artist Award recipient, she will receive a complimentary one-year membership to ITG. Congratulations, Jade! 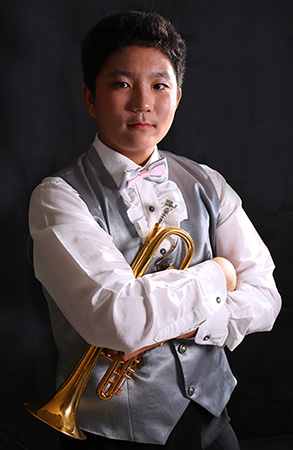