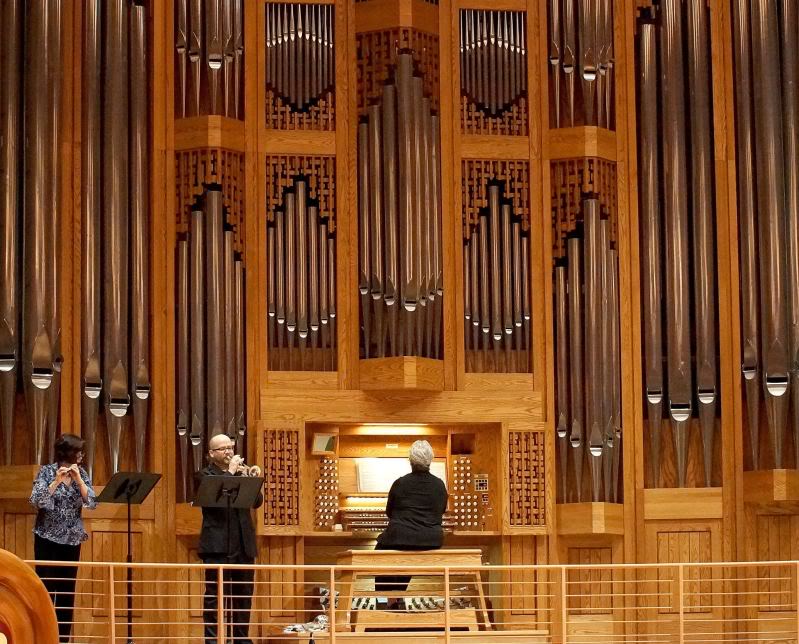 Sonata for Trumpet by Wayne Lu

Hornist, composer, and educator Wayne Lu is Director of Bands in the Eldora-New Providence School District in central Iowa. Lu has studied composition with Herbert Brun and Alex Lubet. He has written Chamber and solo music for members of the Minnesota Orchestra and St Paul Chamber Orchestra, members of the U.S. Ceremonial Band, the Air Force Band Woodwind Quintet, and members of the Colorado Symphony. Lu holds a Bachelor of Music in horn performance at the University of Illinois and a Master of Music in horn performance from the University of Minnesota. His horn teachers include Kendall Betts, Kazimierz Machala, Virginia Thompson, John Cerminaro, and Paul Anderson. Lu is President and founder of the Veritas Musica Publishing Company; all his compositions, including the Trumpet Sonata are available through Veritas Musica Publishing. (www.veritasmusicapublishing.com)

The music of Anthony Plog has been performed in over 30 countries around the world. He is the recipient of numerous grants and commissions, including the National Endowment for the Arts ( for the American Brass Quintet), the Malmo Symphony ( Sweden ), Nick Norton and the Utah Symphony, the Summit Brass, the GECA Brass Ensemble in France, the Chicago Chamber Musicians, the University of Texas at Austin, and the St. Louis Brass Quintet. At the beginning of his compositional career Mr. Plog wrote almost exclusively for brass, and was published by several of the top brass publishers, including Western International Music and Brass Press. His exclusive publisher is Editions BIM of Switzerland.

"This Is" by James Miley

Gabriel Lubell (b. 1983) is a composer of musical esoterica, a term here used to include works for string quartet, orchestra, elevator, carillon, computer, voices, and other such things. His music has been performed in Italy, Sweden, and throughout the United States, and has been honored with awards. He originally hails from New York and is currently pursuing a doctorate at Indiana University's Jacobs School of Music, where he has studied with Sven-David Sandstrom, P.Q. Phan, Claude Baker, and David Dzubay. Lubelll received his bachelor's degree from Vassar College, where he studied with Richard Wilson and Suzann Sorkin. An avid enthusiast of scholarly ventures, Lubell has received recognition for his teaching at IU and has written on various topics related to Mozart, Schubert, and the Beatles. In addition to his musical life, he is a published astrophysicist specializing in galactic structure and stellar proportions of evolved globular clusters.

Back to ITG Video Index