Ten years after the passing of the maestro and 16 years after the last edition, Ibrahim Maalouf organized the Maurice André competition November 20 - 28, 2022, at la Seine musicale in Paris. Nearly 60 young musicians out of 82 registered, coming from more than twenty countries, met to compete in the first round on November 21, 22 and 23.

(For the French language version of this article, please go here.) 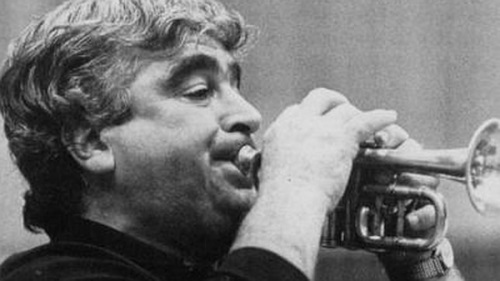 The program for this first round included the adagio from Telemann's formidable Concerto No. 1 TWV51 in D major. But the candidates also had to pass the test of the Sarabande and the Finale by Gallois Montbrun, also a required piece, and another work of their choice: Incantation, threne & danse by Alfred Desenclos, 1st and 2nd movements, the Concertino by André Jolivet (up to number 19) or the Sonatine by Jean Françaix, mvt 1 and 2. At the end of this first act, 15 candidates were selected by the jury, presided for this round as well as for the semi-final by the conductor Glass Marcano (VENEZUELA) and composed by André Henry (FRANCE) in visio from Japan, Andrei Kavalinski (BIELORUSSIA / BELGIUM), Clément Saunier (FRANCE), David Guerrier (FRANCE), Fruzsina Hara (HUNGARY), Ibrahim Maalouf (FRANCE) and Timur Martynov (RUSSIA) also in visio from Russia. It should be noted that all these eminent trumpet players participating in the jury were laureates of the Maurice André Competition.

14 of the 15 selected were present on Thursday, November 25, one candidate having been declared sick. The program for this semi-final consisted of the following works:

Concerto for trumpet N°1 in E major by J.W. Hertel, a creation for Bb trumpet and piano by François Tashdjian entitled "Alecto" (goddess of Greek mythology, "the implacable one") and dedicated to Clément Saunier and a third work to be chosen among Variation Movements by R. Henderson mvt 1,2 & 3, Luciano Berio's Sequenza X for trumpet and resonance piano (pages 1-2-3), H.W. Henze's Sonatina or finally Peter Maxwell Davies' Litany for a ruined chapel between sheep and shore (mvt 1)

Once again, the Hertel concerto, in which the piccolo trumpet, Maurice André's signature instrument, proved to be a real challenge for many, as did François Tashdjian's creation, which pushed the candidates to their limits. After long discussions lasting nearly 3 hours, the jury decided in favor of the four finalists: Sebastian Berner [Germany], Lennard Czakaj [Poland], Pierre Evano [FR] and Raphael Horrach [FR]

The final, presided over by Roger Delmotte, who had already been present as an enthusiastic observer during the semi-final, took place in the Patrick Devedjian Auditorium of the Seine Musicale. 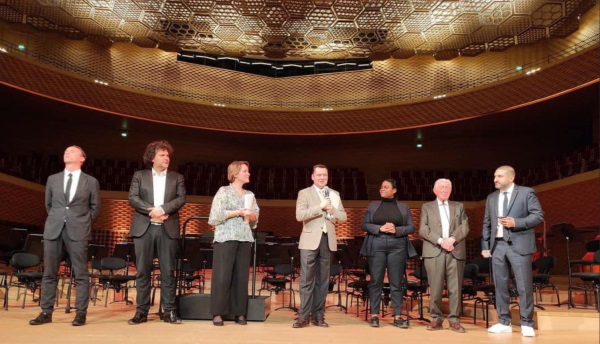 The four finalists, accompanied by the Republican Guard Symphony Orchestra under the extremely precise and attentive direction of Colonel François Boulanger, first performed Joseph Haydn's Concerto in Eb Maj, then, after a short intermission, Henri Tomasi's Concerto for Trumpet and Orchestra. Lennard Czacaj and Pierre Evano played Haydn's concerto on the Bb trumpet, while Raphaël Horrach and Sebastian Berner played it on the Eb trumpet. Although a little tense because of the challenge, the young Raphaël (20 years old) developed his playing with finesse and precision and gave us an impressive cadenza. Pierre Evano enchanted the audience with a soft and round sound and a very accomplished musicality, as did Sebastian Berner who made his experience and his musical temperament speak for itself. As for Lennard Czacaj, he showed great mastery over the entire work. It seems that it was the Henri Tomasi Concerto that made the difference for the jury. This concerto, a fundamental component of the French trumpet repertoire, revealed Sebastian Berner's talent, his energy, his generosity of sound and his musical commitment, especially in the central phrase of the second movement.

After long discussions and deliberations, the jury came back on stage to announce the results.

One of the members of the jury, the Russian Timur Martynov, did not want to take part in the vote during the deliberations and did not accept the majority voting method. He therefore decided to dissociate himself from the jury.

Special awards were also given to some of the semi-final candidates: 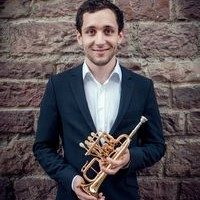 In homage to Maurice André, and to close this competition, the members of the jury as well as the laureates gave a concert on Monday, November 28, accompanied by the Harmonie de la Garde Républicaine.