Aaron Witek has been appointed Assistant Professor of Trumpet and Coordinator of the Brass area at Stetson University beginning Fall 2022.

Since 2018, Witek has been an Assistant Professor of Trumpet at Ithaca College’s School of Music. Witek held this same role from 2013–2018 at the University of Louisiana Monroe (ULM), where he was part of the faculty ensemble in residence, Black Bayou Brass. As an active performer and educator, Witek has performed and given master classes throughout the U.S., China, Australia, and Bangladesh. Witek can be heard on the Black Bayou Brass album Scenes from the Bayou, and later this year on his first solo album Premiere. Witek is a sought after adjudicator, and has judged at the International Trumpet Guild Conference (ITG), National Trumpet Competition, and USBands. 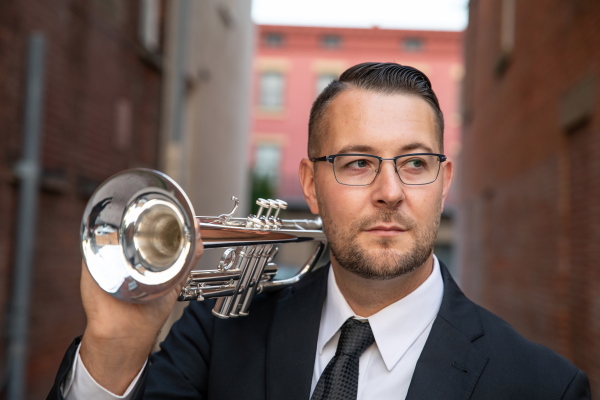 A noted author, Witek has been published numerous times in the ITG Journal. His book, Gordon Mathie: The Treasured Legacy of a Master Teacher and Performer, was published by WR Enterprises. In May 2018, Witek released his first publication with Mountain Peak Music, Solo Duet Training for Trumpet, and is contracted to write two more books for the publisher.

Students who study with Witek have seen various successes, including being recipients of ITG scholarships, becoming division finalists in the Music Teachers National Association Competition, and semifinalists at the National Trumpet Competition. Witek was recognized with two awards during his time at ULM- the Foundation Award for Excellence in Teaching, and the College of Arts, Education, and Sciences Dean’s Award of Excellence.

Witek earned his DM and MM from Florida State University, and a BMEd from the Crane School of Music at SUNY Potsdam.