Kenneth G. Bloomquist, former Professor of Trumpet and Bands at the University of Kansas (Lawrence) and later Director of Bands and Director of the School of Music at Michigan State University (East Lansing), passed away peacefully after a bout with cancer on August 6, 2021, just short of his 90th birthday.

Kenneth was born December 29, 1931, in rural Iowa, where his first musical instrument was the Hawaiian guitar in first grade. Subsequently, he was able to take piano lessons and started playing cornet in grade three. Even at that early age, he was allowed to play in the high school band as one of three cornetists. When he was in junior high, his family moved to Boone, Iowa, where he was able to participate in a larger band, as well as orchestra and choral ensembles. After graduation from high school in 1949, Kenneth attended the University of Illinois (Urbana) where he studied trumpet with Haskell Sexton. Upon receiving his bachelor’s degree in 1953, he was drafted into the Army and served as a trumpeter and eventually acting band director of the US Sixth Armored Division Band. Following his service in the military, he returned to the University of Illinois where he was Haskell Sexton’s graduate teaching assistant in trumpet. As graduate assistant, he was automatically solo cornet in the university concert band directed by Mark Hindsley. 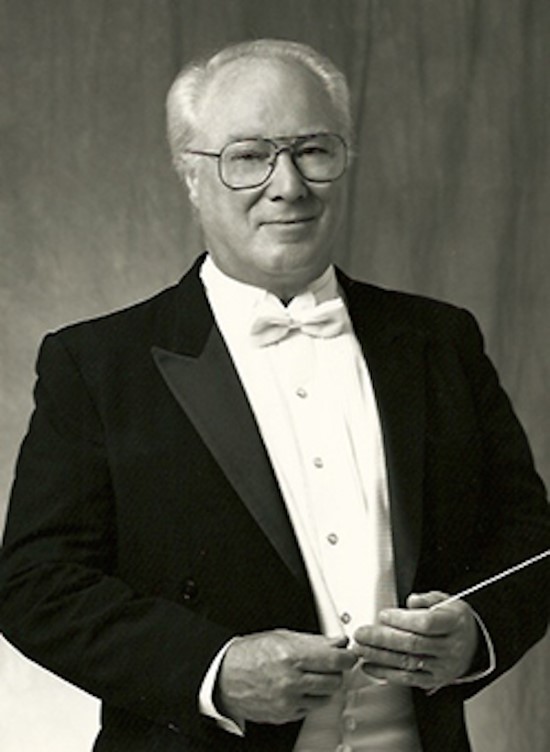 Mr. Bloomquist began his teaching career as a public school band director and supervisor of music in Taylorville, Illinois, and was soon invited to become Professor of Trumpet and Assistant Band Director at the University of Kansas in 1958. During his tenure at KU, he initiated a course in brass ensemble, and his “brass choir” gained a reputation for excellence. The KU Brass Choir was invited by the United States Department of State to tour Southeast Asia in 1964 under its International Cultural Presentations Program. The ensemble of 18 students directed by Kenneth Bloomquist had prepared three full programs and presented 85 concerts in 96 days for local inhabitants of Okinawa, Ceylon (now Sri Lanka), Laos, Malaya, Singapore, Indonesia and Australia. Mr. Bloomquist’s wife, Ann, sang national anthems of each country with brass arrangements, and her phonetic renditions were much appreciated. In 1968, Professor Bloomquist succeeded Russell Wiley as Director of Bands at KU. Bloomquist then became Director of Bands at Michigan State University two years later and was appointed Director of the School of Music at MSU in 1978. After serving a decade in that capacity, he resumed his former role as Director of Bands until his retirement in 1994 at which time he became Professor Emeritus. He was active in academia for 12 years at the University of Kansas and 24 years at Michigan State University for a grand total of 36 years. During his career, he amassed numerous honors and awards, and even in retirement continued to accumulate even more honors. He was President of the National Band Association in 1980-82 and President of the American Bandmasters Association in 1995. He appeared as a guest conductor and adjudicator around the world, conducted community bands on cruises, and conducted the MSU Alumni Band on a dozen foreign tours. Kenneth Bloomquist is survived by his wife of 67 years, Ann, three children and nine grandchildren.

A collection of Kenneth G. Bloomquist papers can be found at the Michelle Smith Performing Arts Library in College Park, Maryland (https://archives.lib.umd.edu/repositories/4/resources/320). This collection “consists of correspondence, programs, printed materials and tour itineraries, published and unpublished journal articles and speech transcripts, photographs, recordings and other memorabilia related to Bloomquist’s career."