The workshop was hosted by Dr. Spencer Aston and held on the campus of Bridgewater State University. Guest artists included Marie Speziale, Ashley Hall, and the New England Brass Band under the direction of Stephen Bulla. Trumpet players of all levels were in attendance, from beginning middle school students to professionals.

The workshop began with a warm-up session, led by Aston, focusing on the distinction between fundamental routines and warm-up routines with specific suggestions on how to incorporate them into your daily practice. Speziale then took the podium to lead the Massed Trumpet Ensemble in rehearsing James Olcott’s 12 trumpet arrangement of the Tuba Mirum Fanfare from Verdi’s Requiem as well as the world premiere of David Vess’s Cometsong, written specifically for this occasion.

Ashley Hall started the master class sessions by giving a presentation on “How Understanding Respiratory Mechanics Can Yield Consistency in Practice and Performance,” followed by a demonstration in applying some of her concepts with student volunteers. Marie Speziale than shared her wealth of knowledge through coaching additional students in a performance masterclass on various solo and trumpet ensemble repertoire.

Before breaking for dinner, Dr. Aston moderated a panel discussion with Ms. Speziale and Ms. Hall titled “A Life in Music.” Specific emphasis was placed on the guest artist’s experiences and accomplishments as world-class musicians and how Ms. Speziale’s accomplishments have opened up more opportunities for female performers in Ms. Hall’s generation and how that will translate to the next generation that were sitting in the audience of Horace Man Auditorium. 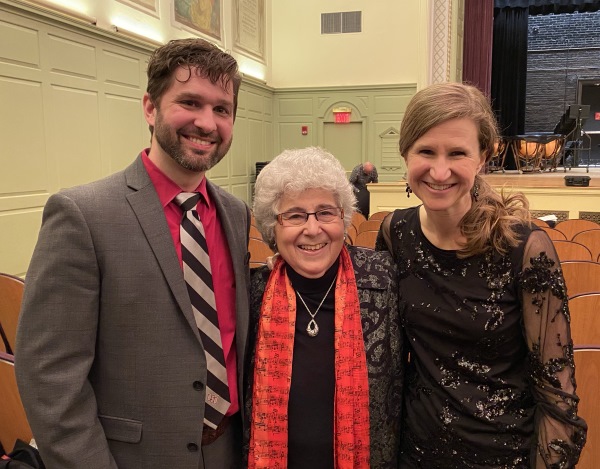