In January, Rex Richardson was a guest artist at Henderson State University for a three-day residency, culminating in a featured appearance with The Skylark Jazz Orchestra.

Rex arrived on Thursday, January 30, 2020, and rehearsed for almost three hours with The Skylark Jazz Orchestra.  On Friday, he spoke with all of Henderson's music majors, discussing the importance of attending live concerts and describing his life as a musician over the last 40 years.  He also talked about his current performance and teaching demands and ended with a question and answer session.  That evening, Richardson rehearsed for an additional two hours with the big band. 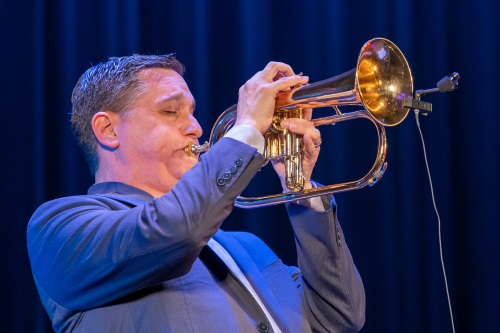 Following lunch with the trumpet guild on Saturday, Richardson gave a two-hour clinic on jazz improvisation, circular breathing, and multiphonics.  At the end of the session, he worked briefly with senior Bryce Smith on the Arutunian Concerto.

The Saturday night concert featured Richardson's versatility as a performer and as a composer. 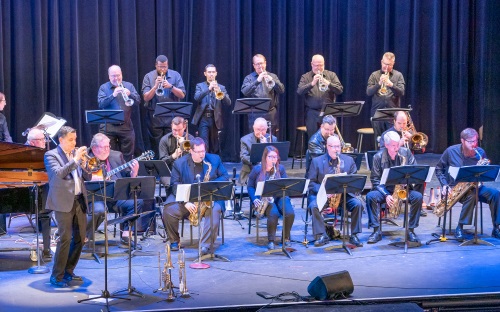 Rex previously performed at Henderson twice; the first time was with Rhythm & Brass in July 1997, and the second was as soloist with the HSU Wind Ensemble in April 2017.