ITG has learned of the passing of American trumpet player Eugene Blee, the retired Principal Trumpet of the Cincinnati Symphony Orchestra and former faculty member at the College-Conservatory of Music, University of Cincinnati. 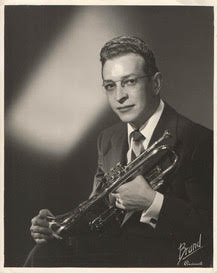 Following his studies at CCM, Blee served as a musician in The U.S. Army Field Band from 1950–52. After his service in the Army, Blee’s orchestral career began with the San Antonio Symphony on a 1-year contract for the 1953–54 season. In 1956, Blee was appointed Principal Trumpet of the Cincinnati Symphony Orchestra under the direction of Thor Johnson – one of his most substantial achievements. He served as Principal Trumpet until 1974 and remained in the section until his retirement from the orchestra in 1988. 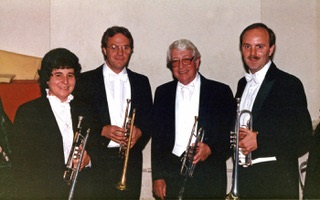 Blee was a passionate educator and taught for 35 years at the Cincinnati Conservatory of Music and later at the College-Conservatory of Music, University of Cincinnati. His positive impact as a teacher is captured by the success of his students, several of whom hold positions in major orchestras including Mark Ridenour of the Chicago Symphony Orchestra, Michael Miller of the Cleveland Orchestra, Steven Pride and Marie Speziale (ret.) of the Cincinnati Symphony Orchestra, and James Wilt of the Los Angeles Philharmonic, among others. As a result of his substantial contributions to the music profession, he was awarded an Honorary Doctorate of Music from Shenandoah University. In the mid-1990s, Blee moved to Palm Harbor, FL where in retirement he continued his passion for golf and enjoyed fine dining with family and friends.