Jesse Cook has been named Assistant Professor of Trumpet at the University of Central Florida, where he will start in the Fall of 2019.

Prior to his appointment at UCF, Dr. Jesse Cook held the position of Assistant Professor of Trumpet at Valdosta State University and the principal trumpet in the Valdosta Symphony Orchestra. Cook received a DMA from the University of Texas at Austin, and held appointments at Pittsburg State University in Pittsburg, Kansas, Northeastern State University in Tahlequah, Oklahoma, San Jacinto College in Houston, Texas, and The University of Texas at Austin. He is a substitute musician with the Jacksonville Symphony and has also enjoyed performances with the Kansas City Symphony, the Houston Symphony Orchestra, the Oklahoma City Philharmonic, the Tulsa Symphony Orchestra, the Symphony Orchestra Augusta, Hilton Head Symphony Orchestra, Austin Opera, Opera North, and the City Limits Brass Quintet, among others. Cook has also appeared as a soloist in Bach’s Brandenburg Concerto #2 with the Austin Bach Cantata Project, Bernstein's Mass for Wind Ensemble and Brass Quintet with the Austin Symphonic Band, and L'Histoire du Soldat with the Round Top Festival Orchestra faculty. Cook’s inaugural solo CD, Imagined Conversations: Modern American Music for Trumpet, will be released on the MSR Classics Label in 2019.

Cook is an Edwards and Getzen Performing Artist. 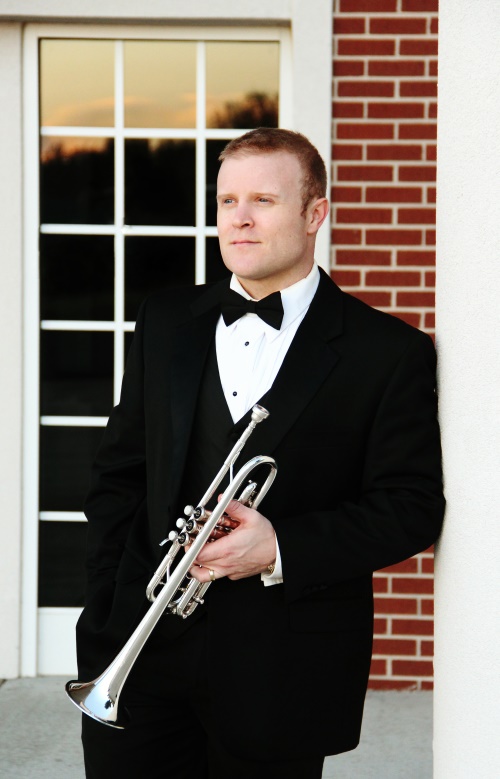